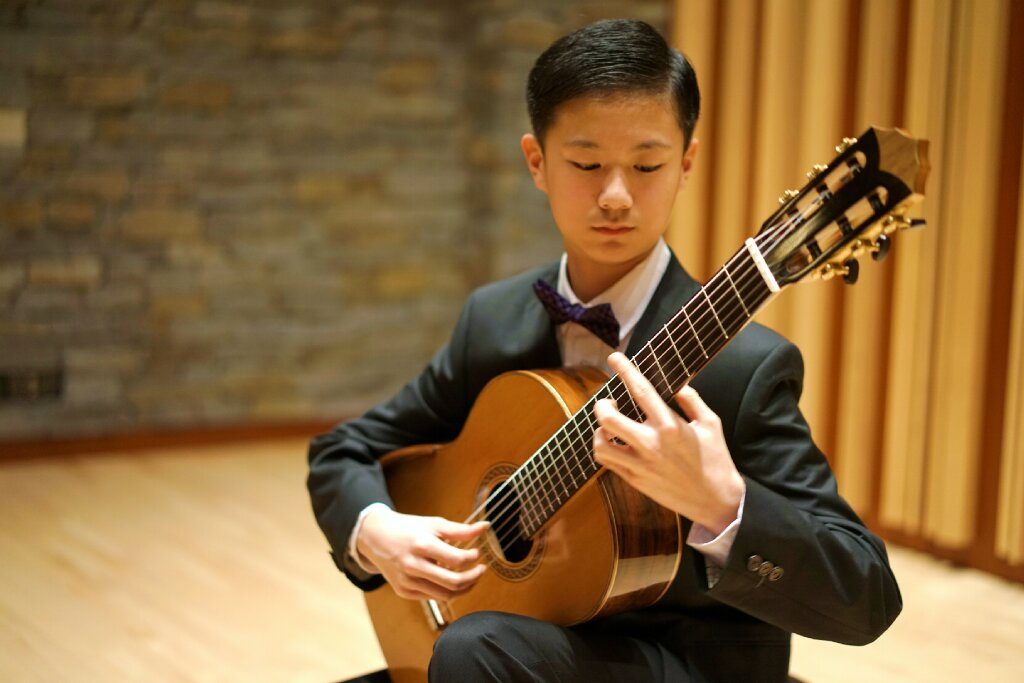 An evening of beautiful guitar music by the young talented musician from Vancouver Alan Liu. An inspiring and diverse program: compositions by Dowland, Tansman, Regondi, Brouwer, Albeniz, and more! Special thanks to Natasha Pashchenko who is organizing the concert. Let’s make sure to support this amazing young artist.

Born in Xiâ€™An, China in December of 2001, Alan began studying piano and guitar at the age of five. When he was seven he won his first national-class prize for guitar in Beijing and has since amassed an impressive list of top prizes in music competitions around the world.

Alan has performed in Canada, the US and China, including a concerto with the Vancouver Symphony in 2015 and as a featured artist in the 2015 Montreal International Guitar Festival.