Thanks to Craigdarroch Castle for supporting live music in Victoria. I’m playing guitar up there three times over the holidays. 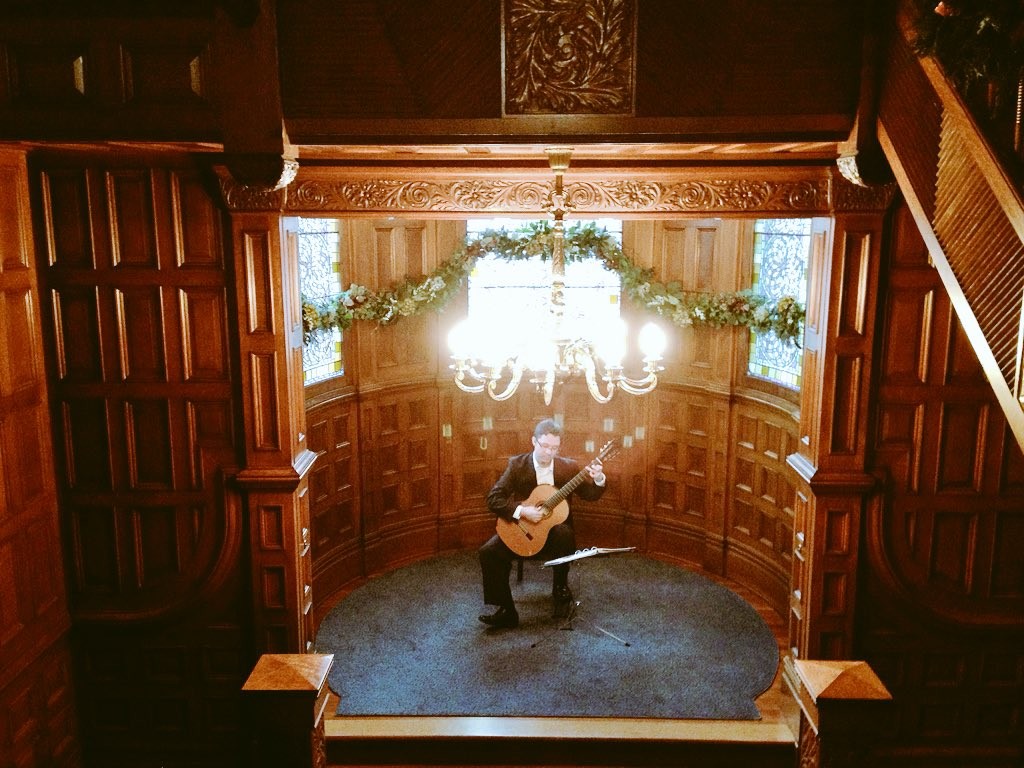 Craigdarroch Castle is a definitively Victorian experience. It is a shining example of a â€œbonanza castleâ€ â€” massive houses built for entrepreneurs who became wealthy during the industrial age. In this case, the industrialist was Robert Dunsmuir, a Scottish immigrant who made his fortune from Vancouver Island coal.Â This legendary Victorian mansion, built between 1887 and 1890 on a hill overlooking the City of Victoria, announced to the world that Robert Dunsmuir was the richest and most important man in Western Canada.Â He died in 1889, leaving his entire estate to his wife Joan, who lived in the Castle until her death in 1908.Â The immense fortune of the Dunsmuir family is reflected in the four floors of exquisite stained glass windows, intricate woodwork and fabulous Victorian-era furnishings.

For more info check out Guitar Lessons in Victoria or a Musician’s for Hire in Victoria.