The Victoria Guitar TrioÂ Â presents Temporal Waves, a concert of exceptional contemporary music for three guitars by some of Canadaâ€™s finest composers. Guitarists Adrian Verdejo, Bradford Werner and Michael Dias debuted as the Victoria Guitar Trio in 2007, since then they have established themselves as one of Canadaâ€™s top guitar ensembles, with a focus on contemporary music.

Join the Victoria Guitar TrioÂ June 30th, 8pmÂ at the Wood Recital Hall at the Victoria Conservatory of MusicÂ as they play all-new arrangements by Jordan Nobles, Scott Edward Godin and John Gordon Armstrong. Also on the programme are two audience favorites in the trioâ€™s repertoire, the theatrical â€œConversationsâ€ by John Weinzweig and the ethereal â€œSeptember â€“ For Morton Feldmanâ€ by Vancouverâ€™s own Rodney Sharman. The concert closes with a premiere of a newly commissioned piece, Mystic Veil by Benton Roark. 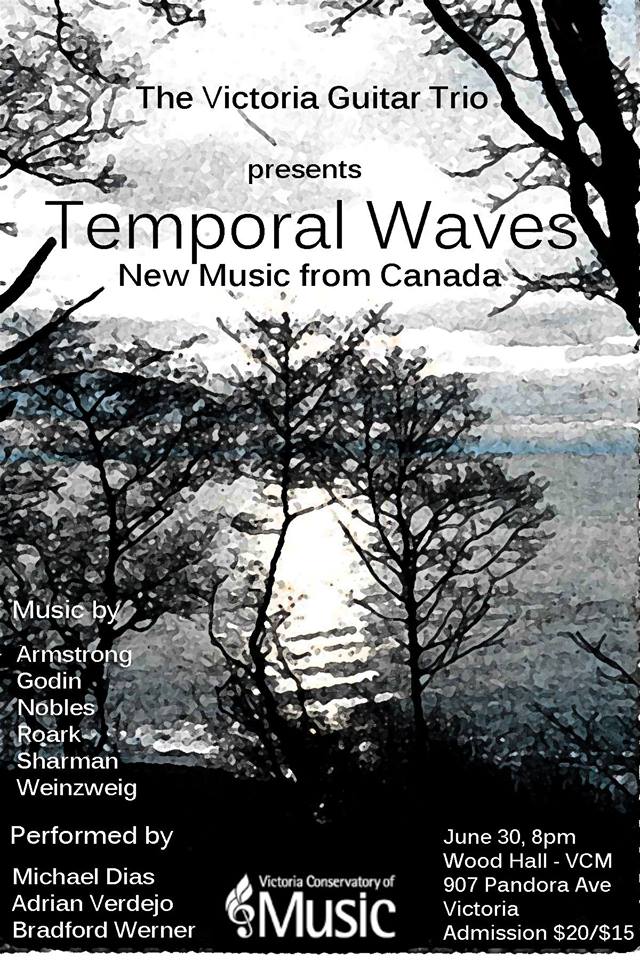